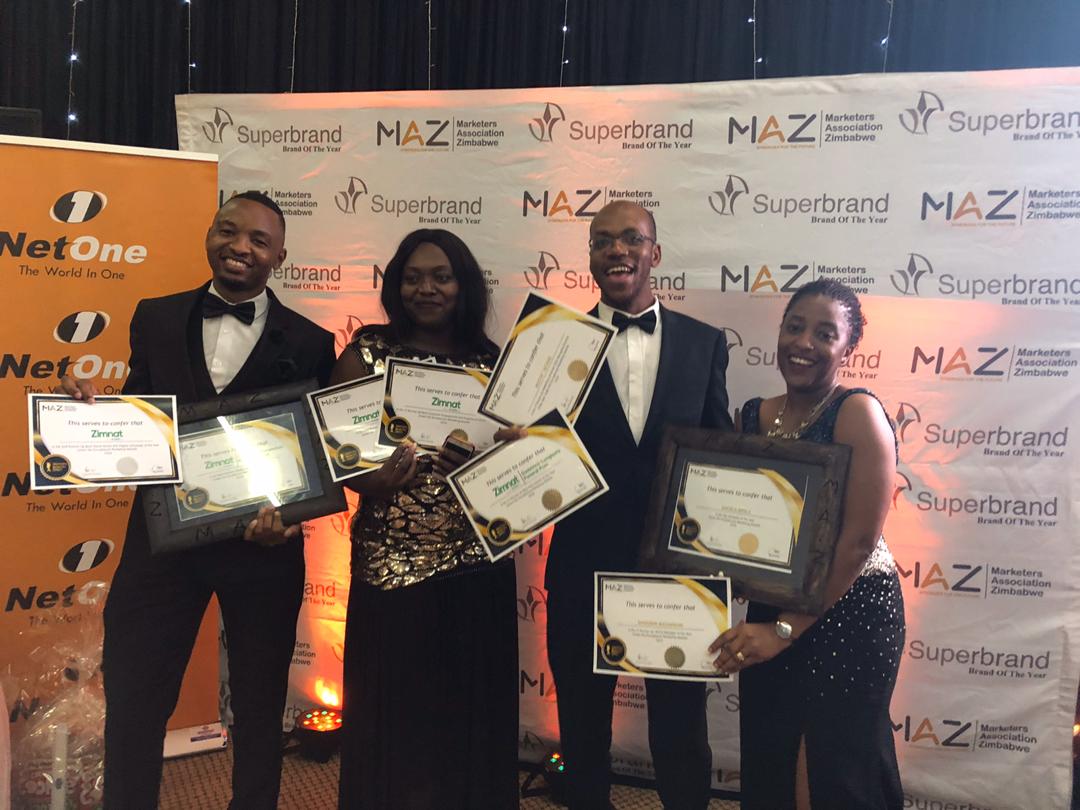 Zimnat, a leading player in the insurance and wealth management industry for more than seven decades, won eight awards for marketing excellence at the 2019 Marketers’ Association of Zimbabwe  Exceptional Marketing Awards ceremony in Bulawayo on Saturday.

The awards ceremony is held annually in recognition and celebration of excellence for organisations and individuals who have pushed their brands and led successful marketing campaigns during the year.

Zimnat was nominated for 15 of the award categories. It won awards in eight categories.

The Best Outdoor Media Prize went to Zimnat for its Borrowdale Car Crash Billboard, where rocks appear to be tumbling out of a container onto a real car beneath the billboard.

First Runner-Up for the Best Print Advert of the Year was Zimnat’s Gadziriro/ Lungiselelo Press advert.

Zimnat was also First Runner-Up for the Best Customer Engagement and Experience of the Year Award.

Speaking soon after the awards ceremony, Ms Mpala said her team was thrilled and felt honoured to receive such recognition from the industry.

“It is indeed fulfilling to see that our efforts are being noticed and that the brand is growing and becoming more visible in the market,” she said.

“We also want to truly thank our customers for their support and inspiration, without which we would not have achieved this.

“We can promise that there is much more to expect in the future and there will be still more interaction with the brand. Our purpose is to make life better for all and we will maintain this focus,” she said.

At the same awards last year, Zimnat received five awards for excellence and work done in 2018.

The group is driven by a determination to make life better. It is associated with the Sanlam Group, the largest non-banking financial institution on the continent.

From the CEO’s desk