Our purpose as a brand is to make life better and we aim to do this in every way possible. In the 1st half of the year, we were involved in various initiatives which helped us make a difference in people’s lives. Some of the initiatives we undertook include;

The Chairperson of Melfort Old People’s Home had approached Zimnat for vehicle Insurance after the institution had received the 2 cars as a donation to ensure cover in the event of any accidents.

As a business, we also discovered that there are a lot of other challenges that the home is facing and will look at them in the future to make life better for them. Below is an image taken during the donation; 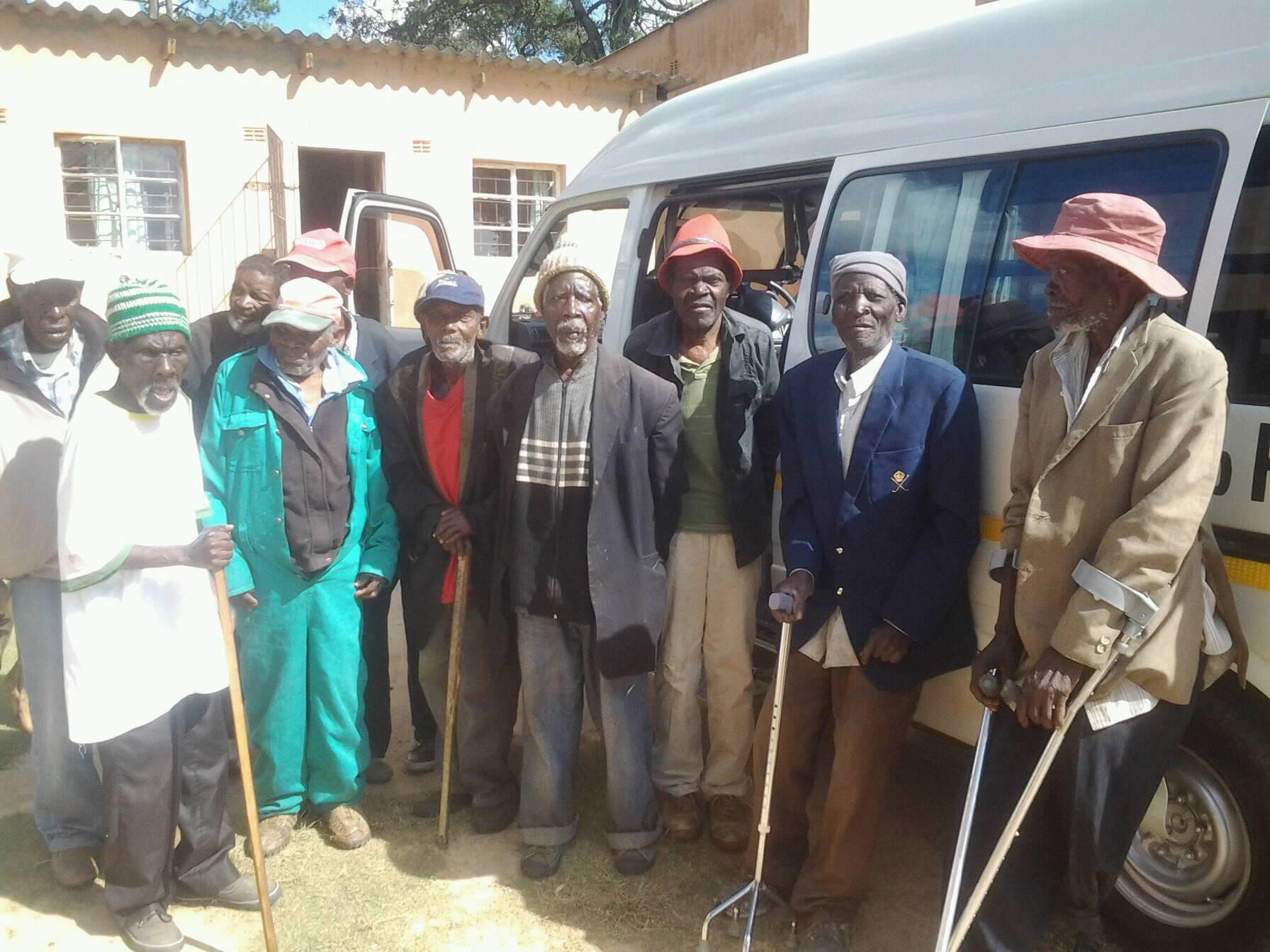 It was a fulfilling experience for the Masawara Group to be involved in assisting those that were affected by Cyclone Idai which hit the country on the night of the 15th of March 2019. The cyclone, which affected the eastern parts of the country, left hundreds dead and thousands displaced.

On the 21st of March, volunteers within the Masawara Group got together to pack over 500 relief packs consisting of two blankets, two buckets, 10 litres of water, 4kgs sugar, 4kgs rice, four litres of cooking oil, 10kg mealie meal, one pack of matemba, four plastic plates, four spoons, four cups, two bars of soap, two packets of diapers and three packs of sanitary wear. These items were packed in a plastic bin that could be re-used to store food or water.

In addition, staff members throughout the country also donated clothes and nonperishable food items to assist those who had been affected by the cyclone.

The food packs and all that had been collected were then handed over to the Minister of Public Service, Labor and Social Welfare, Sekai Nzenza and Deputy Minister in the Ministry of Local Government, Public Works and National Housing Jennifer Mhlanga for distribution.

Below are pictures from the handover;

Looking on are management and members of staff from the Masawara group of companies as well press. The room is filled with the relief packs being handed over to the Minister and deputy minister. 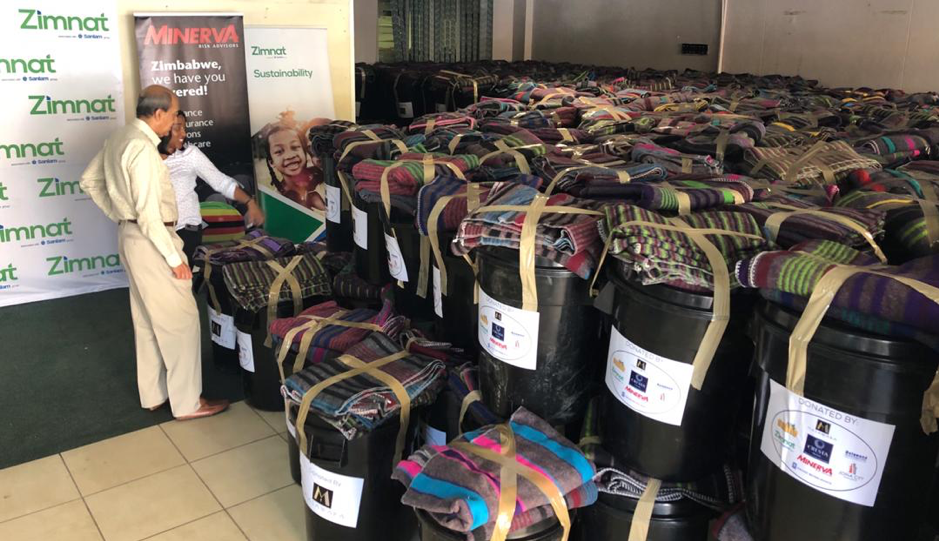 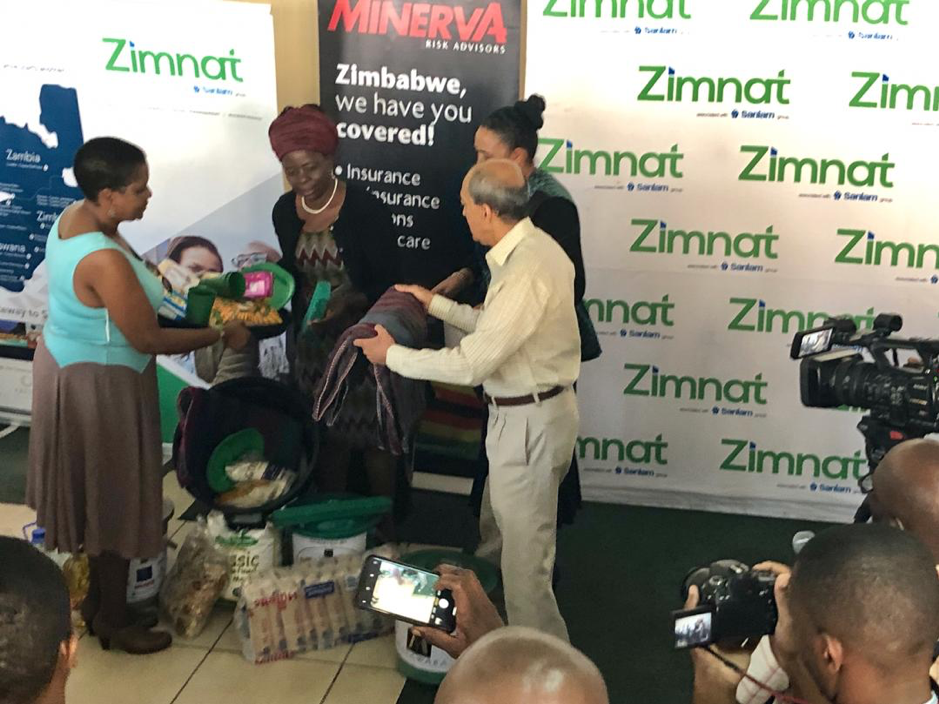 Having been touched by the plight of those affected by Cyclone Idai, Sanlam also partnered with Zimnat to assist schools that had been hit by the cyclone, through purchasing roofing materials for 3 schools in Manicaland.

The first school to receive the donation was Gatsi Community Primary School located in Tamba, Ward 6 Mutasa District. The school received roofing materials worth ZW$60 000 which included 60 roofing sheets, 320 units of roofing timber and 30kg roofing nails. The donation was towards repair of staff quarters damaged by the cyclone.

The schools’ headmaster, Collins Mapaya, expressed his appreciation of the donation, without which, he said, the school would have been unable to repair the damages. Zimnat Mutare branch representatives Andrew Muhwandagara and Bothwell Chingorivo handed over the material on behalf of Zimnat and Sanlam. 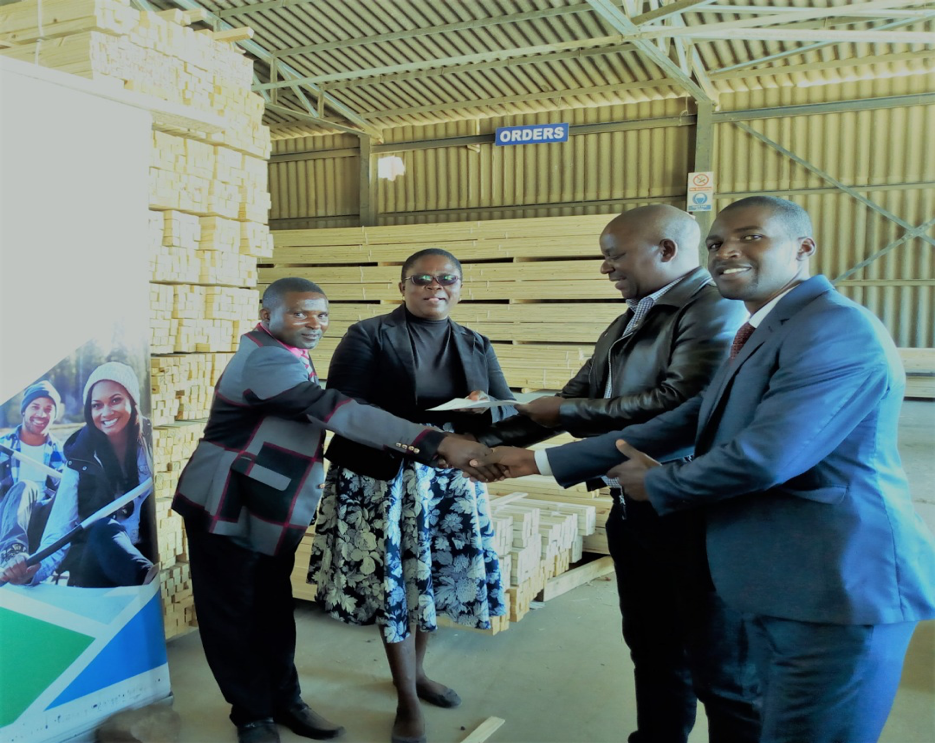 A similar donation was also made to Muchadziya Primary School located in the Ngorima Tribal Trust lands of Muchadziya village of the Chimanimani District.  The school, which has an enrolment of 1220 learners, had a classroom block blown away leaving a class of Grade 4 learners without a roof to shelter them from the bitter cold of the Manicaland winters. In a bid to restore normalcy to the pupils the school was using 2 tents as a temporary arrangement.

Speaking at the handover ceremony, the school headmaster Amos Gwatida said the donation from Zimnat and Sanlam came at an opportune moment as winter was fast approaching. The school was struggling to resource for warm shelter to house the students. 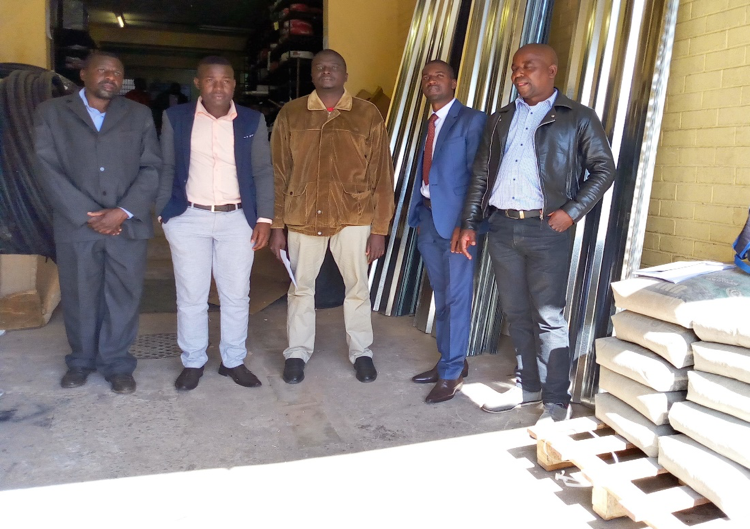 Buwu Primary School, in Mutasa District, was the third school in Chimanimani that Zimnat and Sanlam assisted. The school received 25 roofing sheets, 30 units of timber and 5kg of roofing nails to help in roofing.

The school had two classroom blocks’ roofs blown away during the cyclone and had resorted to hot seating as a coping mechanism to accommodate all the children.

Receiving the roofing materials from Zimnat officials, head teacher Constance Mukura explained the challenges she faced in trying to accommodate the children whose classrooms had been rendered unsafe.

“The school has been forced to implement hot seating in order to accommodate the other learners without safe facilities. However, this has been challenging as with winter the sun sets earlier forcing the young pupils to travel in the dark,” she said. 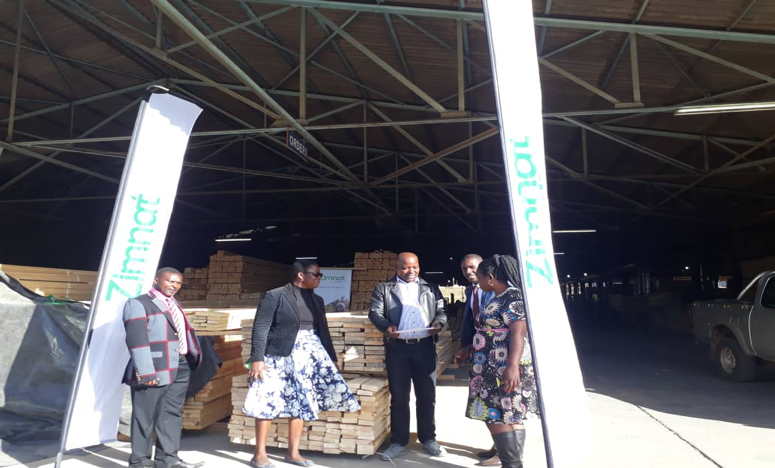