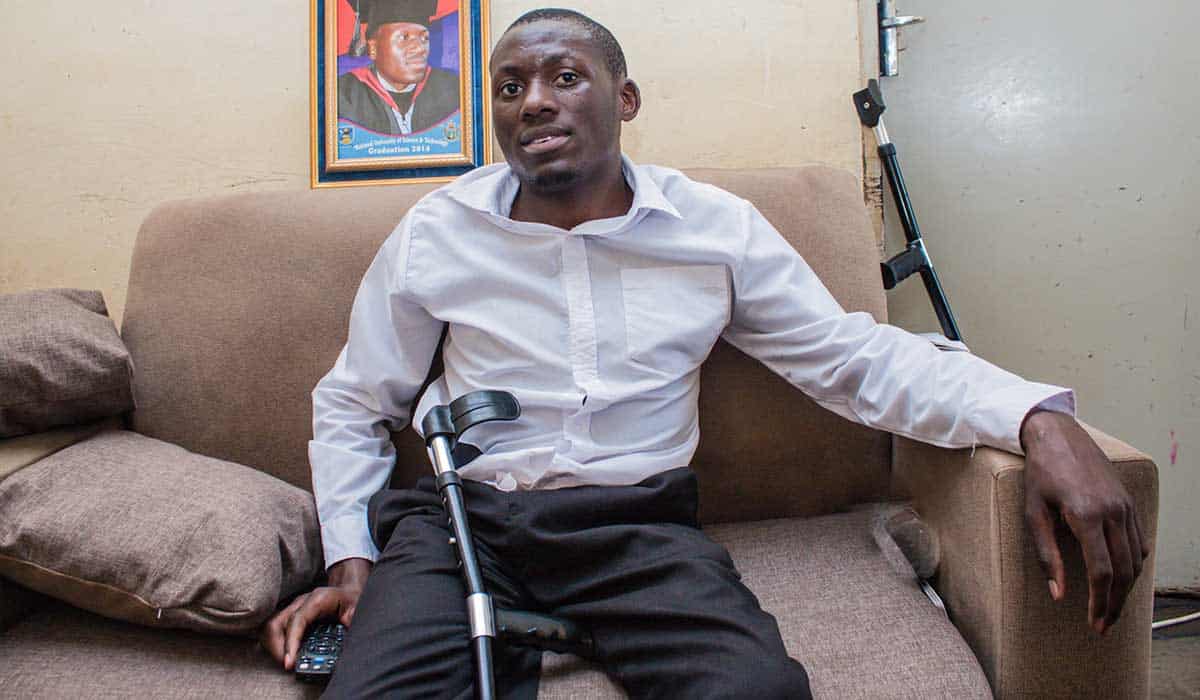 Speaking from his home in Bulawayo’s Ntumbane suburb, Mr Ndlovu expressed his appreciation of the assistance Zimnat had given him and the support of the 740 people who took part in the half-marathon that Zimnat organised in Harare to raise funds for his surgery.

The marathon raised almost $7 000, including donations from well-wishers unable to participate in the run themselves. Zimnat added to this to meet the nearly $9 000 eventually required for the surgery and related costs.

Mr Ndlovu said he had been trying in vain to raise funds for his surgery for some time before he approached Zimnat.

“I am really grateful to Zimnat for making my life better and to the hundreds of people who participated in the fund-raising marathon that Zimnat organised,” he said.

A nurse aide is looking after him at home, while he recovers from the operation. With the help of physiotherapy he is gradually recovering the use of his limbs following the operation.

Prior to the operation, Mr Ndlovu had difficulty walking, even with the aid of crutches, due to a spinal cord bone growth. He hopes to be able to walk normally once he has fully recovered from his operation. The Importance Of Customization In Managing Funds From the CEO’s Desk